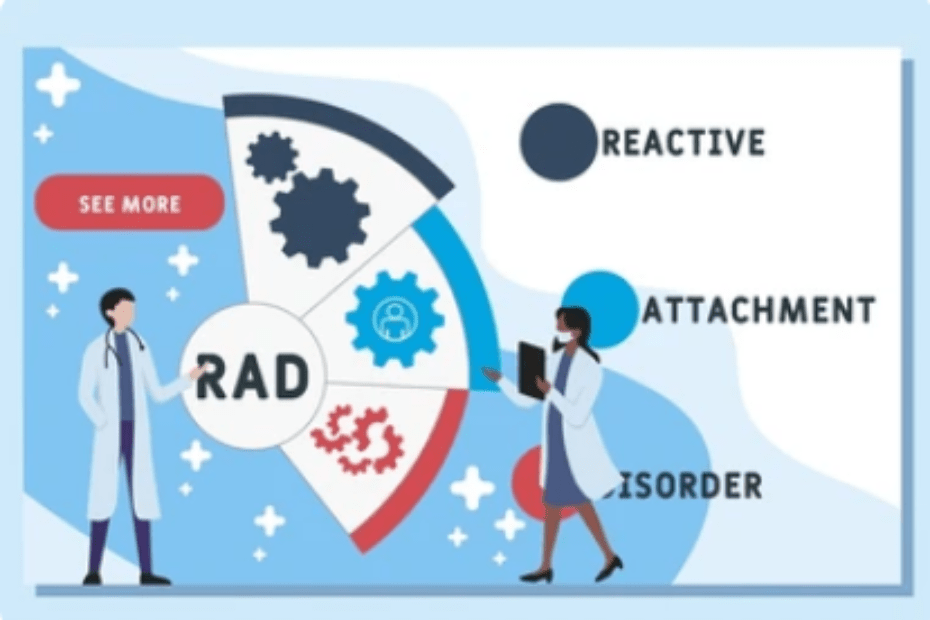 Reactive Attachment Disorder (RAD) is a condition that involves difficulties in the development and maintenance of social relationships with other people. It reflects severe neglect and deprivation during early childhood, mainly between nine months to five years.

RAD can be described as the inhibited ability of the child to bond adequately with their adult caregiver/parent. The child would withdraw from the adults; they do not respond or seek help even when under highly stressful situations and usually do not seek any comfort. The range of emotional expression is also affected. The need for touch is decreased. A child with RAD would most likely refrain from making eye contact with others, especially adults, or seek any physical touch. They might be in situations near social interaction; for example, they would be near a group of playing children but would not interact with them. They can be constantly alert, looking for threats around them. A child with RAD can appear sullen and sad. Unexplained fears, temper tantrums, aggressive episodes, and withdrawal can be observed. They may thus seem cruel, unemotional, and unresponsive to emotional situations.

RAD is primarily observed in children who might have been institutionalized (in orphanages), have had multiple short-lived care-takers, been subjected to severe neglect, deprivation, or even abuse, or have had emotionally unresponsive parents/caregiver or intra-family mistreatment during the early developmental age. Due to these extreme circumstances, the child cannot form a secure and healthy attachment bond with a trusted caregiver, giving rise to the condition.

We'd love to know your valuable feedback.
Be updated!!

Register for the workshop